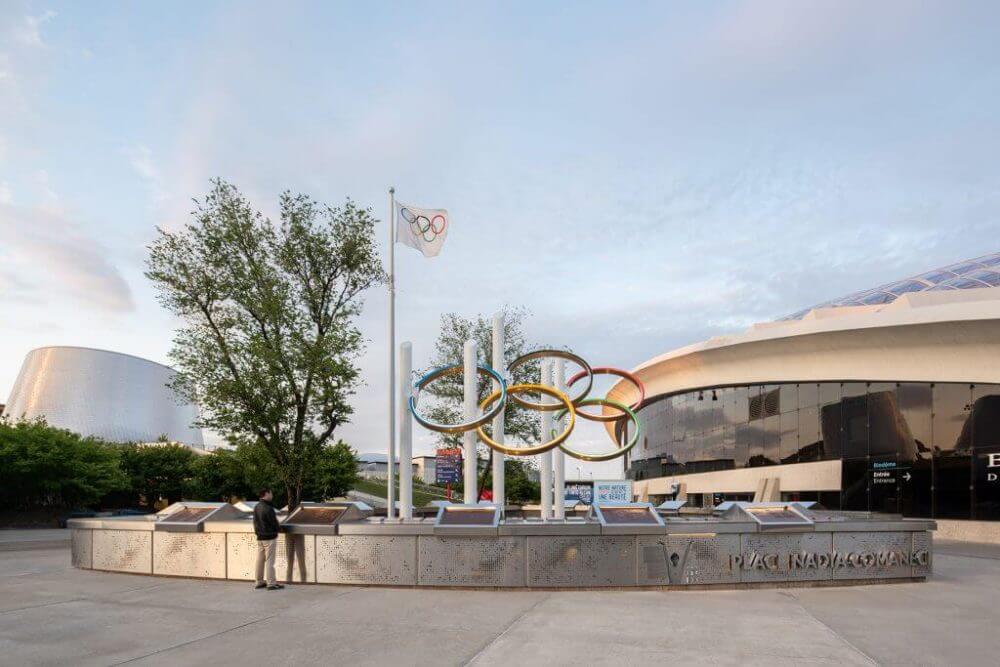 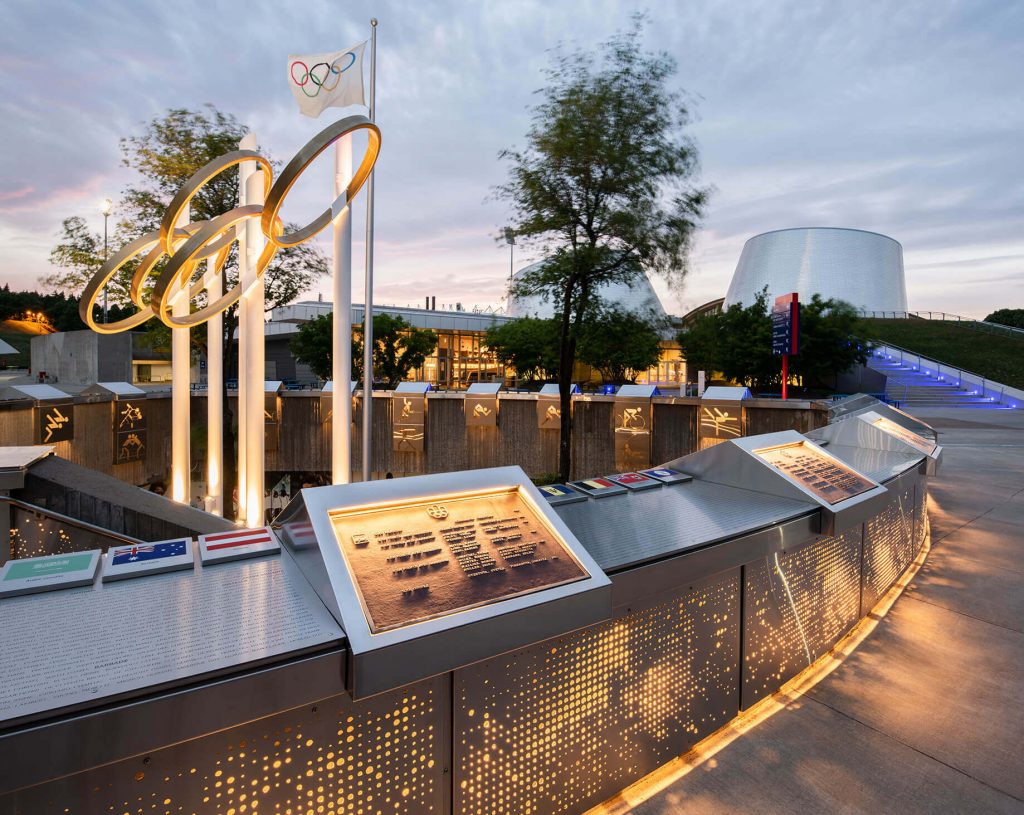 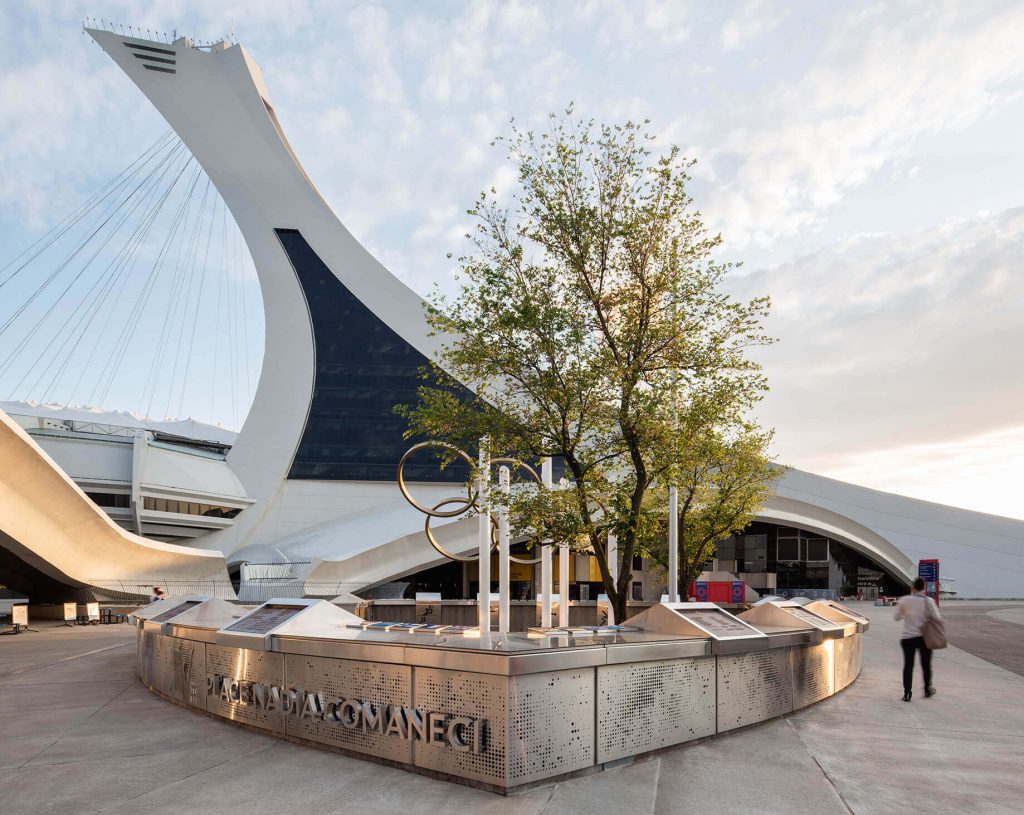 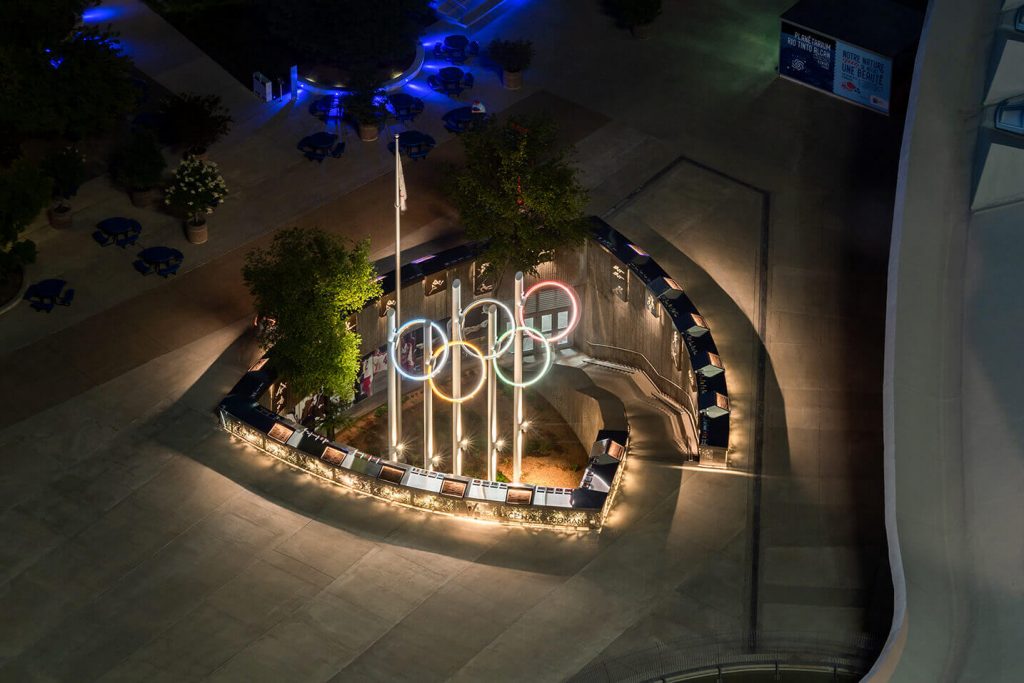 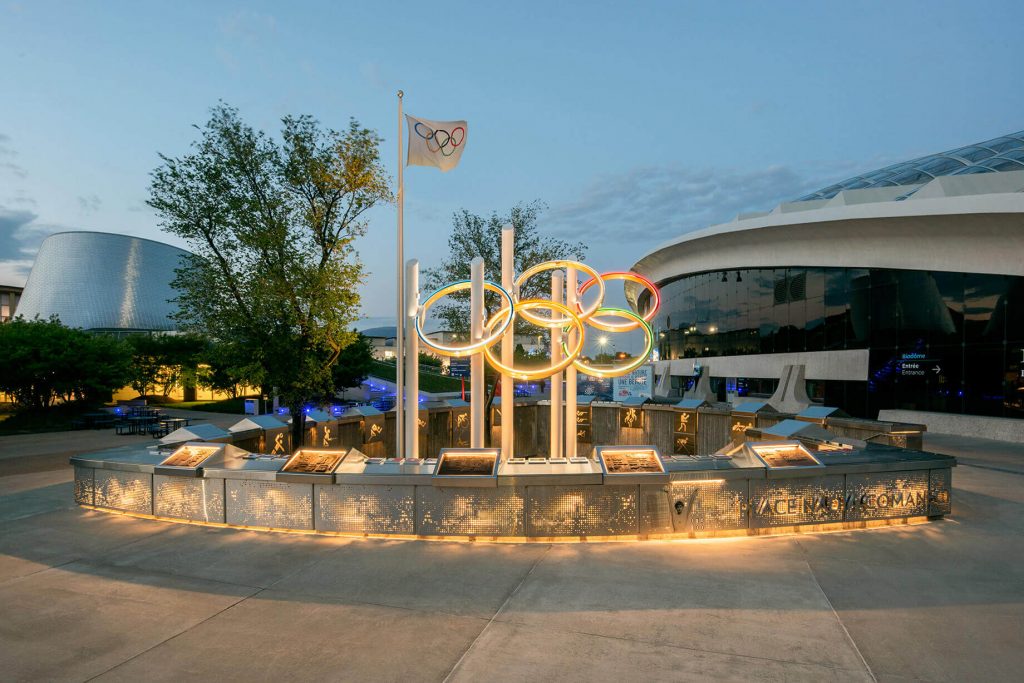 The Olympic Park’s Place des Vainqueurs, renamed “Place Nadia-Comaneci” in 2017 in honour of the Romanian athlete’s exploits during the 1976 games, had many important elements revitalized.

The project included redesigning the centre of the common square, the concrete wall, and enhancing certain historical elements. The new stainless steel assembly, aside from giving the plaza a more contemporary look, allowed for the names of all the athletes and countries that participated in Montreal’s 1976 Olympics to be engraved.

The bronze commemorative plaques were restored and refitted inside new stainless steel cases, with their backs depicting a pictogram of the sport.

We were also able to achieve a renewed visual connection with the Stadium thanks to a group of gold rings that, when viewed from the Tour de Montréal observation deck, depict the Olympic logo down below.